Join professionals from both academia and industry, to discuss this exciting and currently underutilised area of the electromagnetic spectrum. Leading speakers from Universities and Industry will present the latest developments and detail the emerging market areas.
The EPSRC Coherent TeraHertz Systems (COTS) Programme Grant (www.terahertzsystems.org) would like to invite you to THz Day, a THz community discussion event, to be held at the Cavendish Laboratory, University of Cambridge on Tuesday 16 July 2013.
The event will include invited talks from leading THz experts, including Don Arnone (Teraview Ltd) and Carlo Sirtori (University of Paris- Diderot); opportunity to introduce the work and interests of your group and a discussion on opportunities for a UK THz research network. 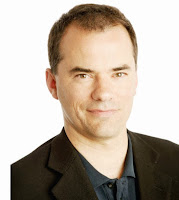 This event is a great opportunity for the UK Terahertz community to come together and discuss how to open up the THz spectrum for widespread scientific and commercial application, through the use of photonics-enabled coherent techniques. Hosted by insitutions from the new EPSRC funded Programme Grant COTS, our ambition is that this day will lead to THz finally achieving its full scientific and commercial potential. We will work with many academic and commercial partners to achieve this.


Draft Schedule (actual timings to be confirmed)
10.00 - 16.00
Who should attend?
Terahertz technology offers unique solutions for many strategically important applications in 3D imaging and spectroscopy (e.g. security screening and detection, dental/medical imaging, non-destructive testing, material characterisation and pollution monitoring), as well as TBit/s communications for backbone telecommunication networks and ‘instant’ high-definition video-on-demand optical links. This conference has been designed to bring together the academic and the industrial players in this sector. Anyone interested in the potential of THz wavelengths, whether researcher or industrialist, current user, potential user or just curious will find this a useful and stimulating conference.

For more information follow this link
Posted by TeraView at 16:46 No comments:

Posted by TeraView at 14:47 No comments: